North West BMW owners forum
Welcome to NW-BMW, the only BMW site for the North West of England.
Free to Register.

If you have any problems logging in please contact Lorenzo. nw-bmw@live.co.uk
North West BMW owners forum
Would you like to react to this message? Create an account in a few clicks or log in to continue.

During a training session today, Liverpool skipper steven Gerrard mistimed a tackle and caught craig bellamy on the knee. Bellamy’s knee started to swell up and became hugely inflamed, as the rest of the Liverpool squad gathered round to see the damage Luis Suarez shouted “f*ck me! Look at that knee grow “it was unfortunate timing as Patrice evra and senior man utd officials had just arrived at the training ground to hold reconciliation talks with Liverpool

very good! I'm going to steal it if you don't mind!

very good! I'm going to steal it if you don't mind! 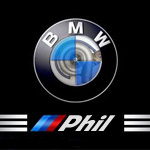 The one and only

Luiz Suarez, the biggest cheat in the league